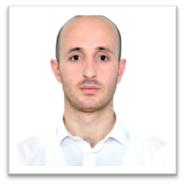 Irfan Tifeku was born on 26/01/1988 in Kacanik, Kosovo. He has taken the first lessons in his country and the university studies he has finished in Albania. He has completed his Master of Science in Physiotherapy at the age of 25 years from University of Medicine in Tirana. He is the director of the clinic Fizioterapia, a private clinic of the physiotherapy in Prishtina, Kosovo. He has published more than 12 papers in reputed journals and has been part of different conferences and congresses in Kosovo, Albania and abroad in Europe. He has been for two years assistant professor of Kinesiology in the University of Tetovo, in Macedonia. He is specialized in the branch of osteopathy and ultrasound.